Our contributors come from every walk and swim of life, giving each magazine an injection of local and international industry news, opinion, boat reviews, events, humour and all things relevant to the maritime world. 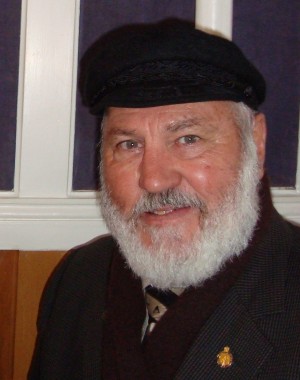 Keith ran away to sea at the age of 15 at a time when a willing pair of hands and a strong back were sought after on any crew. He would have scoffed if anyone had told him he would one day become an award winning journalist and the editor of respected maritime publications. But sure enough, today Keith puts his passion for the industry back into the community by working as a maritime consultant and publishing the bi-monthly Professional Skipper and  Aquaculture magazines as well as the annual New Zealand Workboat Review. Keith is one of the maritime industry’s strongest advocates and Past President and Life Member of the New Zealand Marine Transport Association. He is also a marine assessor for the Transport Accident Investigation Commission and maritime advisor to the Courts of New Zealand. As a Past President of the NZ Recreational Fishing Council, he has continued his work as a national representative on the National Rock Lobster and the SNA1 snapper strategic management groups. In his spare time Keith enjoys fishing and boating, he is a past Commodore of the Bucklands Beach Yacht Club and continues to support his community as an Honorary Fisheries Officer and Justice of the Peace.

Keith was recognised in the Queens New Years Honours 2021 as a Member of the New Zealand Order of Merit, MNZM for services to the Fishing and Maritime Industry. 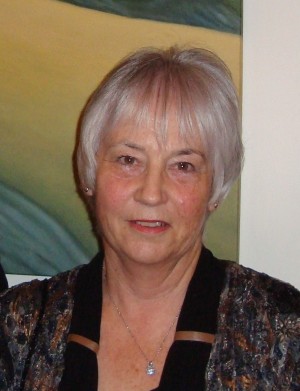 Co-director and business manager as well as anchor and homeport for Keith Ingram throughout their marriage of 44 years. Vivienne manages the business, looking after the administration and financial side. The company draws its name VIP Publications Limited from “Vivienne Ingram Publishing,” from the days when she produced the Spirit of Adventure magazine. 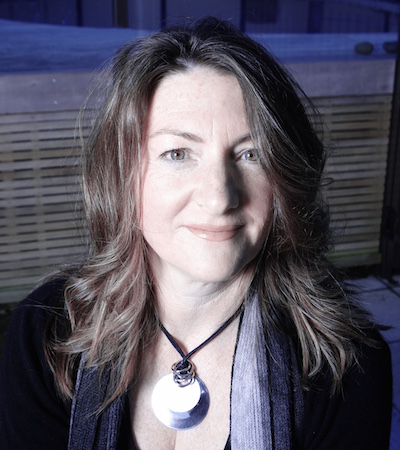 Margaret Wind –  Over 25 years marketing experience in the maritime industry working with suppliers, surveyors, naval architects, operators and boat builders has given Margaret a broad knowledge of customers’ needs. “I enjoy building strong relationships based on trust and integrity, and am genuinely interested in talking and engaging with customers,” she says.
Margaret’s knowledge of the marine industry makes her a valued member of the Professional Skipper magazine/Workboats/Aquaculture crew. 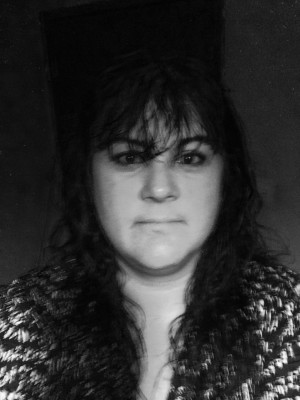 “I’ve been doing this sort of thing for way too long to mention,” says Rachel. “Let’s just say, I’ve got experience!” Rachel has worked in the realms of both publishing and advertising agencies during her illustrious career, although predominantly in publishing for the past decade. Rachel says being part of the Professional Skipper team is like being adopted into a generous and loyal family, it’s had its dramas, but is totally worth it!

Jim Birchall joined Professional Skipper after working as a journalist locally, and in a former life had an interesting career in investigative work for both private and legal entities. He has also volunteered in commercial and community radio as a host; does voiceovers for radio and TV, occasional acting (badly) and is an avid podcaster, creating Occam’s Razor – an irreverent look at the unexplained. In summer you will find him umpiring cricket somewhere. 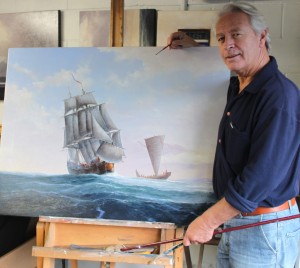 Some of you are unsure if my tall stories in “Salty Dits” are true, but let me assure you, life on those rusty tramp ships was just as I describe it. Such antics would scarce be tolerated today and my old shipping company is now a sleek international operation. Meanwhile, I work smearing oil paint on canvas surrounded by family and the beauty of New Zealand. Unbeatable. 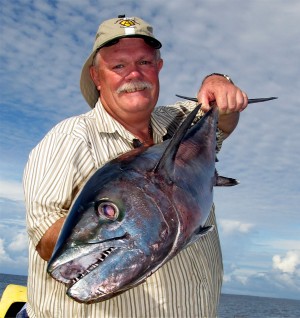 Captain Asparagus, New Zealand’s only authentic registered superhero, whose presence in the magazine we are continually grateful for, is perhaps our most prized and colorful contributor. His enormous wit, intelligence and incredible good looks are exceeded only by his modesty and discretion. And as a fisherman, naturally, his ability to tell lies at truly Olympic levels. 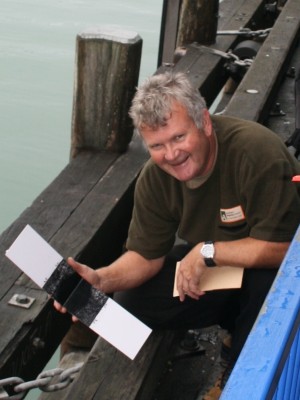 Auckland Council Regional Biosecurity Advisor for Hauraki Gulf, Jeff Cook is responsible for pest management programmes including the Treasure Island and Pest Free Warrant. Jeff is a passionate owner of classic Woollacott ketch Ebb-tide and member of Devonport Yacht Club. He has 40 years experience in environmental work in the Hauraki Gulf and the Bay of Islands. 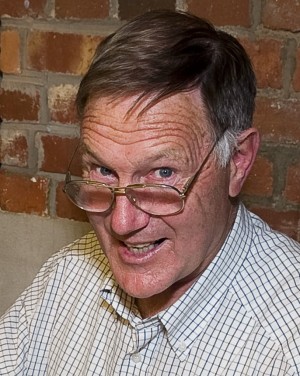 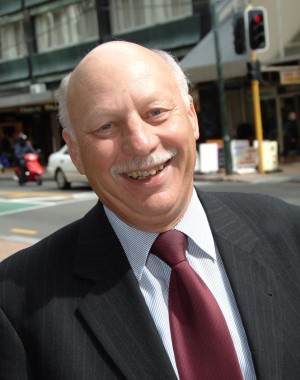 A retired banker and former national president of the charity Diabetes New Zealand, Murray has an interest in naval and maritime history, and is regular contributor to local and Australian nautical publications. Murray is a past winner of the Navy League of Australia’s annual maritime essay competition and is the author of “Two Hits and a Miss” published by the RNZN Museum in 1995. 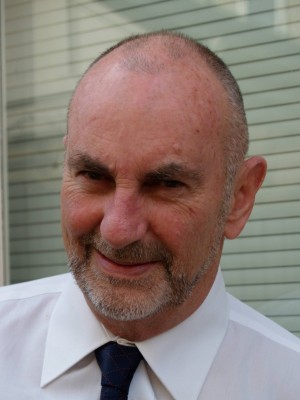 Considered one of the pioneers of Australian warm water aquaculture, John Mosig’s 35 years’ experience at a commercial level has given him a clear understanding of where the economic drivers are to be found on a sustainable fish farm – and how to recognise the many pitfalls.

I have been involved with the sea all my life, with both big ships and small boats. My nautical experiences have combined very well with my other love, that of writing about them, and Professional Skipper magazine has provided the perfect outlet. With today’s rapidly changing marine scene, we still need some old eyes looking over young shoulders! 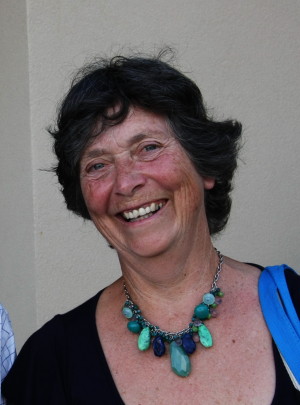 Many readers met Dee when VIP Publications released Saltwater In Her Hair – Stories of New Zealand Women at Sea. Dee’s latest book Grow Me Well aims to stop the obesity epidemic by empowering the readers with the knowledge they need to take responsibility for their own health. Between writing books, gardening, and public speaking Dee still finds time to go sailing with Mike. 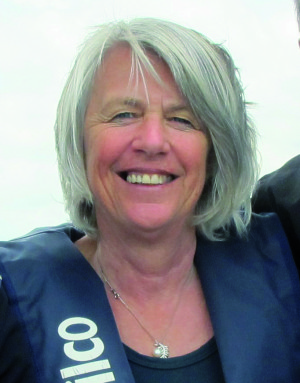 The author of ‘Our People’ in each issue of Professional Skipper, Carol is a writer, photographer and creative artist with a seafarer’s heart.     Always seeking and searching for another story, person or idea, she won’t go down with the ship. Her vast maritime industry roles include the Maritime Museum, Coastguard, ferry services, charter boats and tall ships. 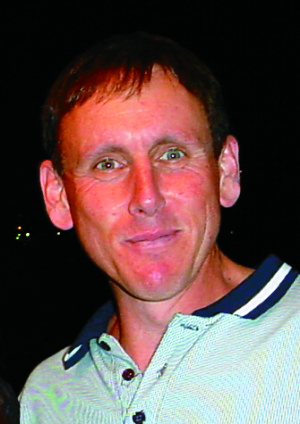 “I can’t remember when boating became an interest of mine,” says Baden, probably because he has always loved the sea; his father’s workshop and the beach where vessels were slipped was a playground for Baden and his brother. The local fishermen sanded and painted their boats while Baden’s father carried out repairs and modifications. The stories the men told fascinated young Baden – and they still do. 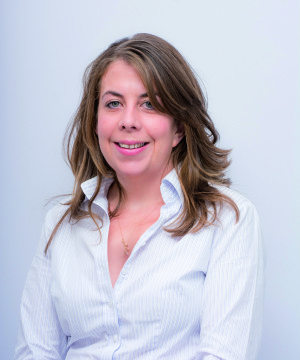 A Senior Solicitor at Oceanlaw NZ, Karyn advises on all aspects of fisheries law but has a particularly keen interest in maritime matters. She advises on Ministry investigations, maritime compliance, vessel purchases, insurance settlement, commercial agreements and maritime employment agreements both industry and luxury craft. A sailing enthusiast from a sea-faring family, Karyn has an STCW-95 (International Maritime Qualification) and a Steering Certificate. 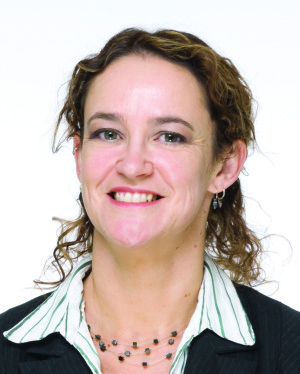 A partner in Oceanlaw NZ, Justine specialises in fisheries and aquaculture law, with a focus on the Maori seafood sector. She advises on commercial structuring, governance and compliance and has an extensive history of representing clients in law reform processes in government policy development. Justine has advised various iwi on Treaty settlement negotiations and settlement implementation and lectured at Canterbury University Geography Department and Law School.

DJ started fishing with her father in the Hauraki Gulf at an early age. She went on to become a public health environmental scientist, specialising in seafood safety. Home is New Zealand, but after 32 years with the NZ health service she spread her wings to work internationally. DJ is currently working in Washington DC with the US FDA having been awarded a study scholarship.

The current Executive Officer of the NZ Marine Transport Association, Margaret also manages SafeShip Ltd. Her commercial background includes several years at BP Oil servicing major land and marine transport operators. Born in Auckland and influenced by her grandfather, a former ship’s master at Sanford, she has spent many hours on the water with involvement in the Whitbread Round the World, Louis Vuitton and America’s Cup races. 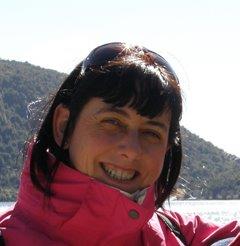 Senior Lecturer and Programme Coordinator at the New Zealand Maritime School, Louise teaches and assists candidates with course and career planning. She is involved in contract and company training and has taught and undertaken contracts in the Pacific region as well as New Zealand. Louise is on the executive board of the Maritime and Seafood Educators Association. 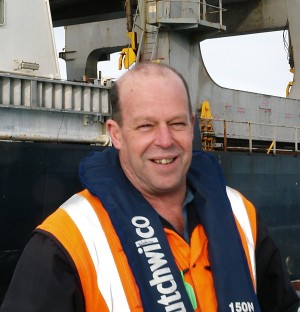 Chris started life in Auckland in 1957 and joined the Royal New Zealand Navy at the tender age of 16 where he was placed in the tough seamanship hands of an instructor named Keith Ingram. This began his fascination and total love for ships and sea, later to include photography and history. After a stint in the RNZN and three OEs, Chris moved to Southland and has since been self employed in shipping, provodoring and photography.